Wang ZhiWu young eyes were immersed in art and mystery from the beginning through his father, a sculptor, landscape artist, and wood craftsman; and his grandfather, a magician that displayed mystery and amazement to his young protégé. Wang’s brother is also an artist who decided to follow the same path as his father. Wang, on the other hand, chose to follow his own independent passions and style to reflect who he is.

While watching his mentors, Wang’s natural passions and talents began to blossom. As a toddler, Wang began putting his artistic talents to work, although on the walls of his parent’s farmhouse (giving him recognition but not the kind he may have wanted from his mother). However, no matter the medium his art ended on, Wang was enthusiastically cheered on by family and friends, including the master artists that happened to be his neighbors. It was during these times that were Wang’s happiest times. And it is these times that are reflected in many of Wang’s works.

Wang has several life changing experiences that define him. As a young child, he and his best friend were playing next to a pond, when Wang slipped on a rock and fell into deep waters. Wang’s friend discovered and miraculously revived him. Since then, he developed a deep appreciation and love for, and treasures life, trying to live each day to the fullest with his wife Lin who he married in 2009.

During his early childhood, Wang had difficulty mastering speech and eventually was diagnosed with weaknesses in the muscles in his tongue, not allowing him to open his mouth adequately to speak. Several surgeries cured the malady, but these miracles further deepened Wang’s passion for life and beautiful aspects of life’s experiences.

Wang graduated from Meizhou Wan Arts and Crafts College in Fujian, China, in 2006. Wang formally began his professional career with contemporary art and human images reflecting the realities of trials and tribulations of life. Although he sold every painting he created, he quickly realized that this was not his passion, and went on a year-long hiatus trying to discover himself. During these times, Wang did not create any paintings, and instead fell into deep depression and bouts of heavy alcohol usage. Fortunately, this period lasted no more than a year.

After this period of self-reflection and re-awakening, Wang realized that he was able to express himself through animals in his works. Wang’s has a great passion for animals and his pets in particular. They continue to be an ongoing source of inspiration and example of simple, pure, unrequited love. He uses animal images as reflections of himself and his interpretation of life. 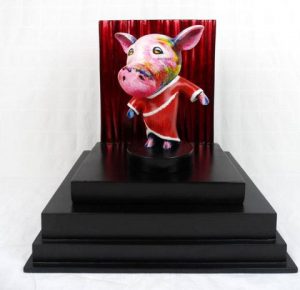 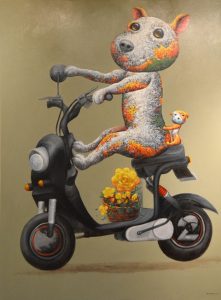 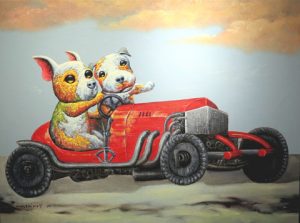 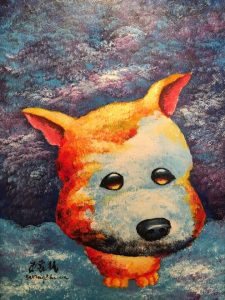 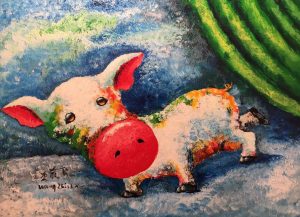 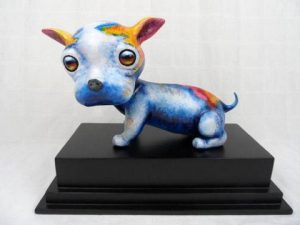 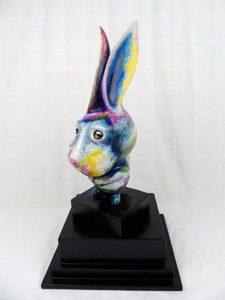 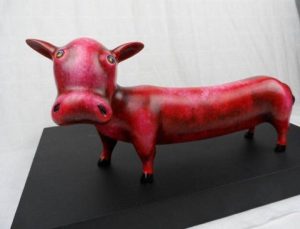 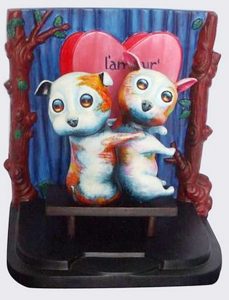