Salvador Dali (1904-1989) attended the Academy of Fine Arts in Madrid. He devoured philosophical works and Freud, and he discovered Cubism, Futurism and Metaphysical Arts in magazines. He had one-man shows in Barcelona in 1925 and in Madrid in 1926.He harmonized the example of Gris, de Chirico and Carra with the refined methods of the Old Masters. Sometime during 1928 Dali made a brief excursion to Paris, where he met Picasso. Andre Breton, Surrealism’s central figure, appointed him an official Surrealist. Within a short time Dali was to become the movement’s most spectacular exponent. In his art he has succeeded in achieving the synthesis of what Andre Breton called a retrograde craft with the most extreme inventions of modern culture. His graphic oeuvre comprises etchings and lithographs, which have evolved parallel to his paintings.

Dali illustrated Dante’s Divine Comedy with 101 wood engravings. The poem recounts the tale of the poet’s journey through Hell and Purgatory guided by Virgil. After repenting his faults, he is joined by Beatrice for the final leg of the journey through Paradise to receive a glimpse of God. Dali often equated Gala, his wife and inspiration, with Dante’s Beatrice. Like Dali, Dante’s symbolism is complex but highly rational. Both men had a keen knowledge of scientific studies in geology, optics and mathematics. Dali’s Divine Comedy will go down in the history of art as a work of the artist’s prime years, the early 1950’s. 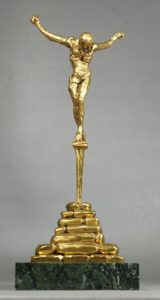 Christ of the Saint John of the Cross 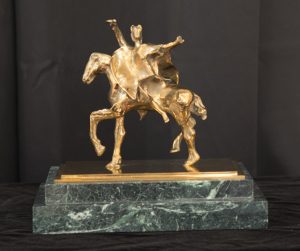