Michael Atkinson uses brilliant color and design which has won him international acclaim, but that has not stopped this native Texan from continually exploring reality through new media and images of the mind and heart. Atkinson seeks to capture the emotion, be it subtle or exaggerated, a pursuit that has been in evolution since he started painting as a child in the northwest Texas town of Lubbock.

Attracted early to the study of architecture, he earned a degree from Texas Tech University, then taught and worked in the field for a time. He soon realized that he was most drawn to the design and presentation aspects of his profession. In the summer of 1974, he took time off to concentrate on his painting. The response to his work was so great, he made the decision to paint full time.

A painting by Michael Atkinson is immediately recognizable by its composition. He feels that watercolor permits spontaneity and freedom and can be made to do things on its own utilizing texture, density of color, variation of light and dark. White space is also an essential element of the ‘Atkinson look’.   In addition to his dazzling medium of watercolor, Atkinson demonstrates his excellent artistic ability with beautiful bronze sculpture. His bronze pieces mirror the electricity of his two dimensional work, earning a grand reception from his legions of collectors. 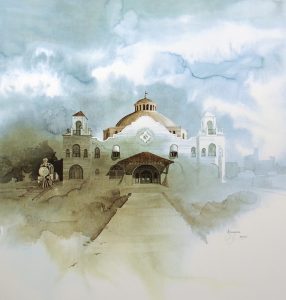 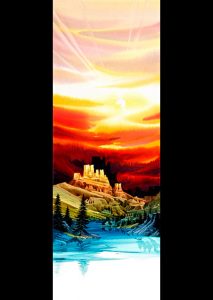 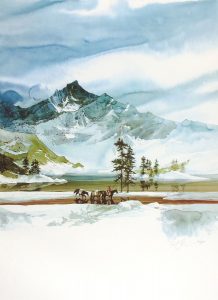 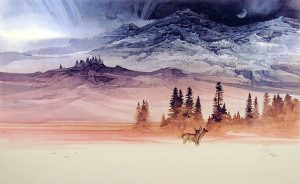 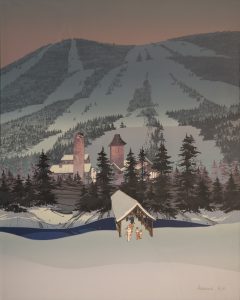