Marvin Blackmore was born in Farmington, New Mexico; at the age of 7 his family moved to Cortez, Colorado, where he was raised in the heart of Southwestern art. Being exposed to many various forms of art allowed Blackmore to escape a difficult childhood. During his senior year of high school Blackmore’s family decided to move to California, however, Marvin stayed behind to finish school. Nowhere to go left him struggling to survive homeless and alone. Blackmore found himself sleeping in the weight room at the high school; waking up to leave before the janitors would come in.

Blackmore knew a local artist, Manuel Morgan, who sold pottery at a local trading post. He encouraged him to try out his hobby. When he took a liking to it he decided to begin creating his own projects and having them fired  at a local ceramic shop. His first show was in 1990 in Page, Arizona. Blackmore traveled to the show with only $72.00 to his name, and talked his way into the show promising to pay the $350.00 after he sold enough art. Blackmore was unaware how it would be accepted but by the end of the weekend he had sold $1,800.00 worth of art and won “Best in Category”. Immediately after the show he traveled to Fountain Hills, Arizona, where his sales were $3,000.00, and he left with “Best in Show”.

From that weekend in 1990 Blackmore has continued to create intricate pottery using his own techniques in line with Sgraffito. Each pot is created completely unique and original with no preconceived designs before process.  Through humble beginnings, Marvin Blackmore’s pottery has now become the center pieces for serious collectors throughout the world. 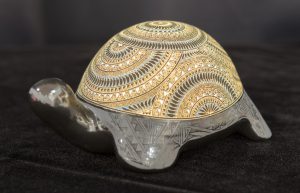 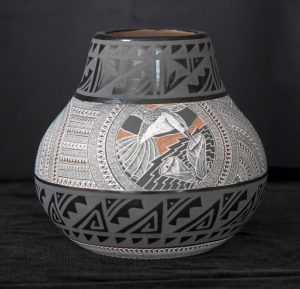 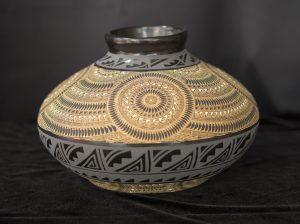 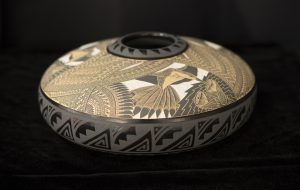 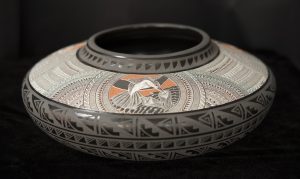 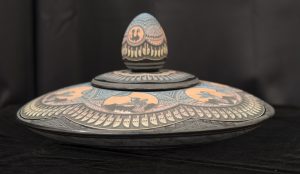 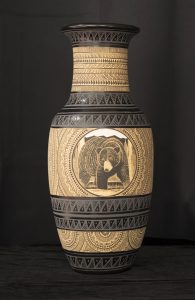 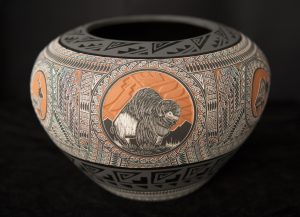 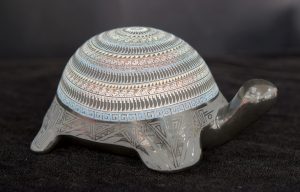