JD Challenger was born in Oklahoma with a creative fire that first began to smolder as a very young child, becoming a wildfire by the time he reached his teens. This creative energy was expressed thru art and music and even though he never received actual training in either, these talents flourished. While growing up in OK challenger was especially close to his “step”-grandfather, a full blood Chocktaw, who first introduced the young JD to the culture and spirit of the native american people. It was this relationship that would profoundly influence the direction of his life.

While pursuing his passion to become an artist, JD and his wife, Denise, decided to make the move to Taos NM where challenger began to enjoy success as an artist painting landscapes of northern new mexico. Privately he continued to paint his many native american friends learning from the stories they shared with him as he sketched. Inspired by the closeness he had felt with native people since childhood, challenger began working even more seriously on his paintings and sketches of Native Americans.

Working in acrylics and oil on canvas as well as watercolor, his style began to emerge, his passion grew, and his visions became more clear. Upon witnessing a Ghost Dance reenactment, he was compelled to face what he felt in his heart. “As I stood watching the dancing, hearing the sounds, experiencing the ceremony as it had been done so many years before, I knew what I needed to paint…nothing had ever been clearer. I realized that the knowledge and the experiences of these people had to be preserved. THEIR stories, THEIR history, not the white man’s version, THEIR version had to be told. Whenever I had painted before had always been my feelings and experiences put on canvas. Now it had to be the feelings and experiences of a people.”

He was still reluctant to have the work seen by the public for fear of offending the very people he so admired. His wife encouraged him to show the finished paintings to his closest Native American friends and to ask them for their feelings about him painting their people. When he finally did so, he received their blessings, a Kiowa holy man told him “There needs to be messengers, the creator chooses his own messengers. They take many forms. You are a messenger, your path is to tell the stories of the native people to those who do not know what has happened in the past or what is still happening today. You make them see who we are, that we are real living human beings and that we are still here.”

Challenger indicates that he has never been a great oral communicator. He modestly declines credit for his remarkable creative gifts and says “the thing I do best is paint. I look at it as ‘not me’ doing it, I’m just the instrument…The Creator, the brush, the paint and then me.”

JD Challenger paints the stories of a people rich in heritage and tradition, stories that are poignant, sometimes angry…but always powerful and demanding to be told. Each piece speaks it’s own truth and Challenger is the vessel that paints that truth. 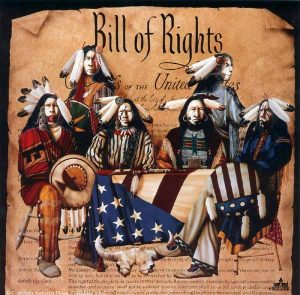 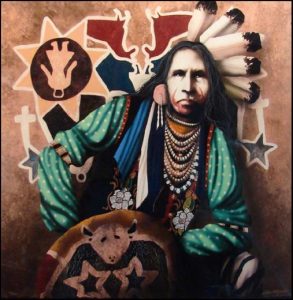 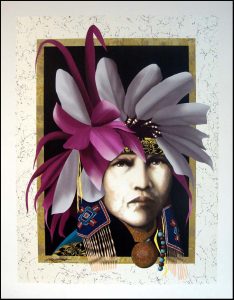 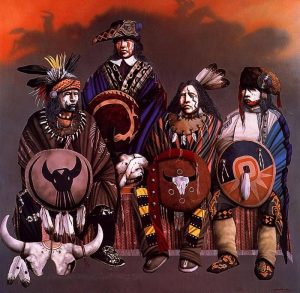 Roams the Plains No More 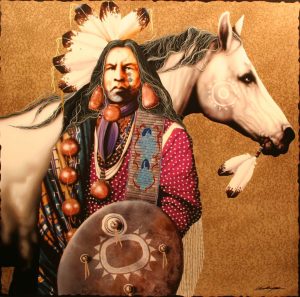 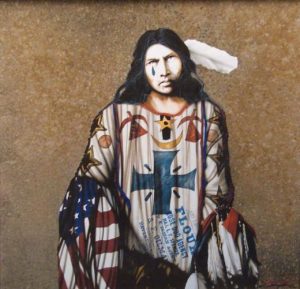 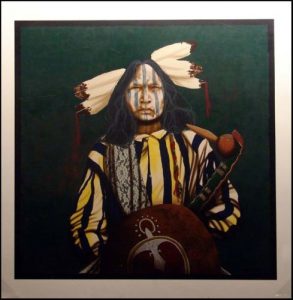 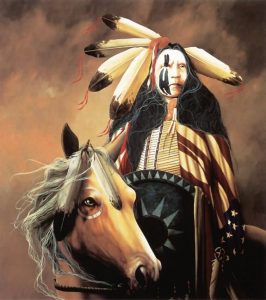