Anton Arkhipov comes from a long line of artists in Russia and the former Soviet Union. His father, Michail Arkhipov, was a well-known dissident artist who produced modernist works in an era when only ‘Socialist Realism’ was officially allowed. Anton’s mother, Tatiana Vtorova, is an impressionist artist from a famous dynasty of Russian artists, sculptors, and architects.

Anton grew up in Moscow, immersed in art from his earliest days. ‘From the age of three I grew up in my father’s studio painting,’ he said. ‘One of my first memories is of my very small hand mimicking the movements and brush strokes of a much larger and more experienced hand. He trained my eye to see color, my hands to draw figures and my spirit to create my own vision.’

His early display of talent earned Anton a place in prestigious schools where he underwent rigorous training in classical techniques. He was accepted into, and graduated with honors from, the Surikov College of Fine Art in Moscow, where he studied anatomy and art history while honing his drawing, painting and sculpting skills. At Surikov, he also pursued his fascination with Impressionist masters including Van Gogh, Cezanne and Monet, as well as the Russian Avant-garde artists of the 1920’s and 30’s.

Early in his professional career, Anton showed his work only in government-sponsored exhibitions. To feed his artistic soul during that time, he restored church icons, murals and frescoes rich in Russian symbolism. In 1987 he began to show nontraditional work in ‘underground’ shows, joining a young group of artists called ‘Kovcheg’ (ark) who pushed the artistic and political envelope as glasnost and perestroika began to undo the rigid Soviet system.

Anton’s participation in this movement led to recognition in Western Europe, and several critically acclaimed shows in Italy, France, Great Britain and Spain. In 1990 he moved to New York to pursue his quest of representing the human spirit on canvas, bronze and other media.

Set free to go in any direction, Anton choose to celebrate the good life in his work – fine food, good wines, and the ‘rolling hills’ of nature. His pieces speak of living life artfully and playfully, engaged in pursuits like traveling, skiing, picnicking and appreciating the beauty of the sky. 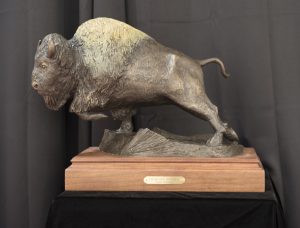