Antal Goldfinger is considered the master painter of Expressive Realism, an art movement which focuses on improving physical forms and enhancing color to express the best of both representational and non-representational images. His paintings combine a vibrant sensuality and a meticulous use of chromatic and compositional balance.

Goldfinger’s artistic heritage stretches back through the “lost generation” of 19th century German painters and ultimately, to Jan Vermeer, the movement’s founder. Color is used not only as a medium of expression but also as means of delineating space and form.

Goldfinger was born in Gyongyos, Hungary where he demonstrated artistic talent from an early age. In his twenties, he studied with a renowned Hungarian master to develop the foundation for his landscape, still life, plein aire and alia prima styles. Following this period of study, he emigrated to Germany and later to the United States where he sought a wider array of teachers and a new life.

He settled in Seattle and attended affiliated classes at the University of Washington. During this time he learned to identify color in a more formal and comprehensive manner as the means to draw viewers into his paintings and direct the eyes to absorb the entire canvas. While he already knew how to produce beautiful art, studying at the university taught him the underlying principles of what made his compositions work; the technical “skeleton” of his art.

Constantly striving to perfect his art, Goldfinger eventually moved to Florida, where he continued to study with a French contemporary master of the genre. During this period he evolved from a virtuoso to an absolute master. The “gentle technique” of using the thinnest possible strokes of color sets Goldfinger’s work apart from his peers. As he states “it is saying more with less talk.”

Currently, Goldfinger’s paintings reflect the best of modern materials and practices combined with the rich history of European master artists, whom he reveres. Each work begins with the finest hand-stretched Belgian linen. The canvas is repeatedly primed, allowed to dry and then sanded to smooth perfection. Although this process can take up to two months, it is an essential element to having a glass-like surface capable of receiving precise detailed brush strokes. Once painting begins, he uses only the finest Dutch oils, the same formulas used by the greatest masters of “The Golden Age.”

Subtle blends of tints and tones are used to fill in the details, while using the interplay of light and shadow to give viewers a sense of movement and rhythm. As many as 30 layers of paint may be applied to areas of the canvas in order to produce the desired effect.

Although he no longer paints in 36 hour bursts as when he was younger, Goldfinger still sees his work as a series of precise and exacting layers, each of which must be correctly completed as a foundation for the next. “Unlike an Impressionist work which can be done in an afternoon, an Expressive Realism work takes a matter of months. It requires knowing exactly where I am going, and what I have to do to reach the final stage,” says Goldfinger. “One has to go through extreme complexity to find effortless, masterful simplicity. Less is more when you strike the perfect chord.”

Antal Goldfinger’s paintings invite one to enter a world of rediscovery – the timeless existence of really looking, noticing, stopping to visit and savor every detail. Seeing perhaps for the first time, minute elements executed with a precision which is breathtaking. The viewer is left to wonder at the extraordinary skill and talent which allows the artist to create works with such deep understanding of the miraculous structure of nature. We can enter into a space where we become aware of the very essence of a flower, perceive the presence of song in a bird, and sense the delicious succulence of a fruit. One enters directly into the life force which flows from artist’s hand to image.

“A good painting has to be viewed in its entirety, so I have to keep the viewers’ eyes moving in order to do that. I also add details in different stages of execution – some crisp, some subtle and barely visible, so that there is always something in the process of discovery for the viewer.” Goldfinger concludes by saying “A painting needs to have something to continually intrigue its audience, because ultimately, art is entertainment.”

Antal Goldfinger’s works are held in prestigious private, corporate and celebrity collections throughout the world, including museums and the White House of the United States. 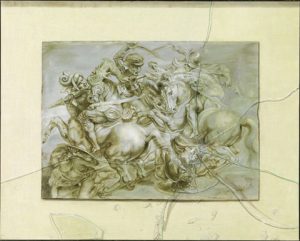 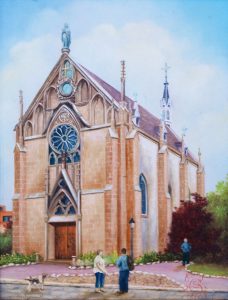 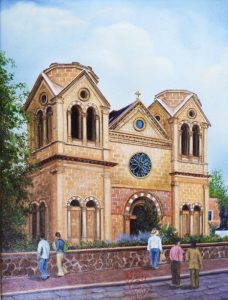